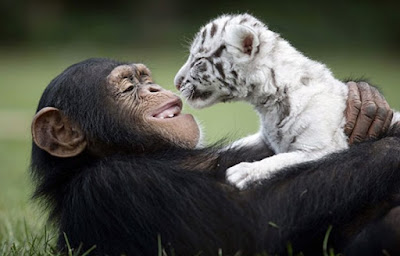 2019 07 28  Luke 11:1-13        Jesus was praying in a certain place, and after he had finished, one of his disciples said to him, "Lord, teach us to pray, as John taught his disciples." He said to them, "When you pray, say:
Father, hallowed be your name.
Your kingdom come.
Give us each day our daily bread.
And forgive us our sins,
for we ourselves forgive everyone indebted to us.
And do not bring us to the time of trial."
And he said to them, "Suppose one of you has a friend, and you go to him at midnight and say to him, `Friend, lend me three loaves of bread; for a friend of mine has arrived, and I have nothing to set before him.' And he answers from within, `Do not bother me; the door has already been locked, and my children are with me in bed; I cannot get up and give you anything.' I tell you, even though he will not get up and give him anything because he is his friend, at least because of his persistence he will get up and give him whatever he needs.
"So I say to you, Ask, and it will be given you; search, and you will find; knock, and the door will be opened for you. For everyone who asks receives, and everyone who searches finds, and for everyone who knocks, the door will be opened. Is there anyone among you who, if your child asks for a fish, will give a snake instead of a fish? Or if the child asks for an egg, will give a scorpion? If you then, who are evil, know how to give good gifts to your children, how much more will the heavenly Father give the Holy Spirit to those who ask him!"
Reflection       Tuesday morning as the sun was rising amidst clouds blooming with the hope of rain Mojo, my wee furry friend,  and I embarked on our typical dawn adventure. My role is to listen and chant morning prayer with Mission St. Clare tuned in on my phone. Mojo’s duty is to clear the way of anything that walks, slithers, hops or flies between his pit stops at every vertical edifice. Last Tuesday, however, was distinctive.

A mere two blocks away from home, at the same moment both Mojo and I noticed two mourning doves standing in the middle of the street. Uncharacteristically, rather than leap ahead to chase the feathered creatures, Mojo stopped and silently stared. Which led me to pause morning prayer and join his vigil. It turns out one of the birds was injured and the other spread its wings while seemingly shielding and shuttling the crippled flyer across the street.  Not a single muscle moved between us as Mojo and I witnessed the able feathered friend direct the hurt bird to safety among the low branches of a Texas Ranger bush. It struck me that throughout this safeguarding mission the uninjured bird allowed itself to be vulnerable to the us, potential predators, who were standing just a few yards away.

Once the birds were safely hidden Mojo resumed walking in the opposite direction. It was quite awhile before I resumed morning prayer because I was absorbed in a reflective reverie. Everything about this moment broadcast holiness. Had I just witnessed empathy among two birds and a dog? Empathy is the awareness of, sensitivity to and ability to share the feelings of another. Is that why Mojo stopped in silence rather than his routine bark and chase response? And, empathy is the root of compassion, or concern for the suffering of others. Is that why the intact bird sheltered the injured bird with its wings and urged it into hiding?

There I was “in a certain place” on an ordinary Tuesday morning, on a run of the mill suburban street when Jesus’ prayer broke in, “Father…  Your kingdom come.” For surely this is it, the kingdom wherein all creatures pause, aware of, sensitive to and sharing the feelings of one another. Surely this is the kingdom come wherein all creatures pause with concern for the suffering of others, even a different species.

Oh Jesus, teach us how to pray and connect to the sure and certain empathy that is at the root of our very being, a root that we share with all creatures in creation. Jesus, please teach us to pray and stay in relationship with the holy, the holy that we find in a “certain place,” not necessarily a temple or church, not at a particular hour or appointed occasion, just a certain “anyplace,” that will follow us all the days of our life and like an open window allow us a glimpse of holiness in the midst of now.