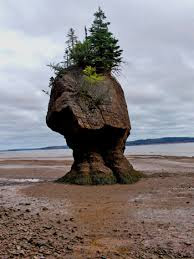 Luke 18:1-8        Jesus told his disciples a parable about their need to pray always and not to lose heart. He said, "In a certain city there was a judge who neither feared God nor had respect for people. In that city there was a widow who kept coming to him and saying, `Grant me justice against my opponent.' For a while he refused; but later he said to himself, `Though I have no fear of God and no respect for anyone, yet because this widow keeps bothering me, I will grant her justice, so that she may not wear me out by continually coming.'" And the Lord said, "Listen to what the unjust judge says. And will not God grant justice to his chosen ones who cry to him day and night? Will he delay long in helping them? I tell you, he will quickly grant justice to them. And yet, when the Son of Man comes, will he find faith on earth?”

Reflection        Never stop turning and returning to God, or as our Jewish friends might put it, “Cultivate your inner nudge,” which is a rough translation of, “Because this widow keeps bothering me, I will grant her justice.” Rather than look at this instruction as a formula to manufacture an obnoxious personality I prefer to think of it as inspiration to sustain single-minded purposefulness in pursuing what is right and good and true.

Sometimes it is hard to hold onto what is right and good and true, especially when the deck seems stacked against us. In the story of the widow we have no idea who her opponent is nor do we know the nature of her grievance. We do know the widow seeks justice in a situation that is stacked against her, having to rely on a merciless judge to hear her complaint.  Which begs the question, what gave the widow, a person of neither value nor status and certainly no education in her first century community, the courage, the chutzpah to persevere and bother the judge? From where did the widow derive her strength of purpose to repeatedly confront the truculent judge?

It is unlikely the persistent widow was aware of Richard Thaler and Cass Sunstein definition of a nudge. Here is what they have to say. “A nudge…is any aspect of the choice architecture that alters people's behavior in a predictable way without forbidding any options or significantly changing their economic incentives. To count as a mere nudge, the intervention must be easy and cheap to avoid. Nudges are not mandates. Putting fruit at eye level counts as a nudge. Banning junk food does not.” *

Perhaps the widow heard Jesus teaching on a hillside, on the plain or in the synagogue and was moved to hope for justice in spite of her desperate situation. Perhaps the widow was inspired by the story of Job who never stopped calling out to God despite the unspeakable adversity of his situation. We will never know what kept the fire going in the widow’s heart such that she held fast to her desire for justice. Nonetheless her story gives us hope that each and every one of us may be heard as long as we never stop calling out to God for justice. In the throes of this political season it might behoove us to never stop bothering God. “O Lord make haste to help us, all of us. O Lord, come quickly and make our ways straight. Amen.”

If you found this post meaningful please share by clicking on icons below. Thank you.
Posted by Debra Asis at 2:28 PM No comments: