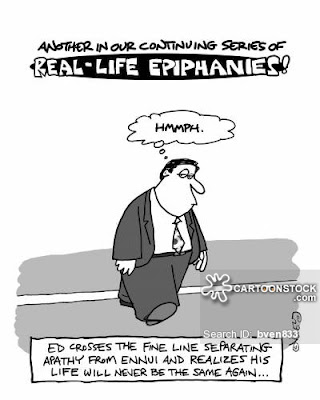 John 5:1-9
After Jesus healed the son of the official in Capernaum, there was a festival of the Jews, and Jesus went up to Jerusalem.

Now in Jerusalem by the Sheep Gate there is a pool, called in Hebrew Beth-zatha, which has five porticoes. In these lay many invalids-- blind, lame, and paralyzed. One man was there who had been ill for thirty-eight years. When Jesus saw him lying there and knew that he had been there a long time, he said to him, "Do you want to be made well?" The sick man answered him, "Sir, I have no one to put me into the pool when the water is stirred up; and while I am making my way, someone else steps down ahead of me." Jesus said to him, "Stand up, take your mat and walk." At once the man was made well, and he took up his mat and began to walk. Now that day was a sabbath.

Reflection          At first glance I wonder, why in the world the man who had been ill for thirty-eight years did not leap at Jesus question, “Do you want to be made well?” with an unequivocal, “Of course I do?” But when I pause and ponder more deeply I have to ask myself, “What may the man have to give up to be made well? What does he stand to lose?”

What if Jesus appeared and asked me, “Do you want to be made well?” Would I be able to respond with a resounding, “Of course I do,” or, would I pause to consider how my life might be changed? Honestly, the possibility stirs a tidal wave of questions in my belly.  “What might be the unintended consequences of giving up the way I have lived for the past thirty-eight years? Who would I be if I no longer identified with the countless reasons why I have not or cannot or will not be all that I am created to be, healed in the image and likeness of God? What would my family think if I was as concerned about strangers as I am about them?  What would my friends think if suddenly I stood up and really loved my neighbors and my enemies as God loves me? Who would I offend with my all inclusive love? What if being healed meant I had to break some rules or traditions as did the paralyzed man at the pool who violated Temple law by carrying his mat on the Sabbath?”  No wonder the paralyzed man evaded Jesus’ question.

The good news is, God is always inviting us into healed or reconciled relationship with God, our selves and others. So it is not surprising that Jesus took the initiative to cut through the years of entropy, the thirty-eight years the paralyzed man was stuck in an unhealthy system of thoughts and feelings, projections and defenses that prevented him from being well.  It is not surprising that Jesus cut to the core of the situation and told the man, “Stand up. Don’t just lie there.”

I wonder how many of us feel rather like the man by the side of the pool? In what ways are we paralyzed by the ceaseless blasts of bad news?  Do we feel like victims of social, economic, political and religious circumstances created by everyone else “who steps ahead of us?”  Who have we blamed?  How have we remained passive? How has fear supplanted our faith and left us like deer paralyzed in the headlights of a speeding car? Thank goodness God never gives up and never stops inviting us to stand up, be healed and carry on.

If you found this post to be meaningful, please share by clicking on the icons below. Thank you.
Posted by Debra Asis at 7:43 AM No comments: