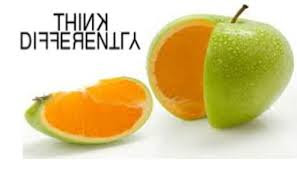 Luke 15:1-3, 11b-32
All the tax collectors and sinners were coming near to listen to Jesus. And the Pharisees and the scribes were grumbling and saying, "This fellow welcomes sinners and eats with them."

"Now his elder son was in the field; and when he came and approached the house, he heard music and dancing. He called one of the slaves and asked what was going on. He replied, 'Your brother has come, and your father has killed the fatted calf, because he has got him back safe and sound.' Then he became angry and refused to go in. His father came out and began to plead with him. But he answered his father, 'Listen! For all these years I have been working like a slave for you, and I have never disobeyed your command; yet you have never given me even a young goat so that I might celebrate with my friends. But when this son of yours came back, who has devoured your property with prostitutes, you killed the fatted calf for him!' Then the father said to him, 'Son, you are always with me, and all that is mine is yours. But we had to celebrate and rejoice, because this brother of yours was dead and has come to life; he was lost and has been found.’”
Reflection        The most hopeful and glorious thing about this story for me is the overabundant  and unconditional welcome home the father gave to his estranged son. As soon as the profligate son admitted to himself,  (“came to him self”), that in violating his father’s trust he had also violated his relationship with God, harmony was restored. But the son did not know this. He thought his shameless actions condemned him to be of lesser value to his father. He thought he would have to beg forgiveness and assume the role of a hired hand. And those very thoughts changed everything. The son’s humility coupled with his desire to return home turned him from disorientation to reorientation. His choice to return to relationship with his father aligned him with the will of his father and with God. No groveling. No payment.

When the father “put his arms around his son and kissed him,” any concern for lost property, social stigma or irresponsible behavior was eradicated. The father immediately reinstated the son in the family and community. The father’s unrestrained welcome is the natural response to restored relationship, it is the grace filled, God given response.

Here is the thing. In God’s economy what is primary is love and relationship. Action may be called sin in as much as it fails to enhance love or undermines relationships. The traditional understanding of sin as private acts that require explanation, amends, satisfaction or restitution fails to acknowledge the grace of God  that, “…does not rejoice at wrong, but rejoices in the right. Love bears all things, believes all things, hopes all things, endures all things. Love never ends…” (1Cor 13.6-8a)

In an imagined conversation between the father and returned son Louis Savary writes, “Let’s not focus on the past, my son. Stay focused on my love and my grace. Never let others discourage you concerning your past. There is much work to be done in the present and the future and you can best do your part in that work as my forward-looking free son…” This is recovery. This is resurrection life, given by grace to all who choose to change their minds and turn toward God.

Posted by Debra Asis at 6:07 AM No comments: