Gospel text for Feast of All Saints Sunday 4 November 2012 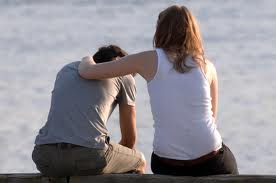 John 11.32-44
When Mary came where Jesus was and saw him, she knelt at his feet and said to him, "Lord, if you had been here, my brother would not have died." When Jesus saw her weeping, and the Jews who came with her also weeping, he was greatly disturbed in spirit and deeply moved. He said, "Where have you laid him?" They said to him, "Lord, come and see." Jesus began to weep. So the Jews said, "See how he loved him!" But some of them said, "Could not he who opened the eyes of the blind man have kept this man from dying?"
Then Jesus, again greatly disturbed, came to the tomb. It was a cave, and a stone was lying against it. Jesus said, "Take away the stone." Martha, the sister of the dead man, said to him, "Lord, already there is a stench because he has been dead four days." Jesus said to her, "Did I not tell you that if you believed, you would see the glory of God?" So they took away the stone. And Jesus looked upward and said, "Father, I thank you for having heard me. I knew that you always hear me, but I have said this for the sake of the crowd standing here, so that they may believe that you sent me." When he had said this, he cried with a loud voice, "Lazarus, come out!" The dead man came out, his hands and feet bound with strips of cloth, and his face wrapped in a cloth. Jesus said to them, "Unbind him, and let him go."
Reflection
We preach this gospel in Lent. We preach this gospel at funerals. One of the reasons we preach this gospel is because it speaks to our grieving hearts when we have lost our physical relationship with someone we love because of illness, change in life situation or death. We preach this gospel not only to affirm that loving and weeping are integral qualities of the human experience but also to proclaim  that loving and weeping are fundamental revelations of Divine Presence.

When Jesus saw Mary and the Jews weeping, “he was greatly disturbed in spirit and deeply moved,” and he too began to weep. Jesus, the Word made flesh, the revelation of God present with us and for us, is united with us, with all of humanity, in our quintessential experiences of love and grief. Jesus personally experienced both the fullness of love and the emptiness of grief and was “deeply moved” as he shared these experineces with Mary and the others who were present at Lazarus’ tomb. And so Jesus reveals to us three things about grief. It is personal. It is universal. It is Divine.

The thing about grief is that it feels so lonely. Emptiness and loss abound. Other people’s words and presence seem hollow and pointless. It is as if we are floundering in an ocean with no land in sight. All that we can do is weep. And, it is in our weeping that we are united with all of humanity and with God. In the depths of our desolation there is an unexpected seed of consolation. Sometimes we recognize it in the teary eyes of a friend come to sit with us in our sorrow. Sometimes we hear it in the words of a prayer offered to God on our behalf. Sometimes we feel it in the warmth of hands laid on our shoulders. However we may glimpse it, when we allow ourselves to be “deeply moved” we are intimately connected with all of humanity and with God. And when in the midst of our grieving we believe God is indeed present with us then like Lazarus we too are unbound and set free from the tomb of our isolation.
Posted by Debra Asis at 11:11 AM No comments: