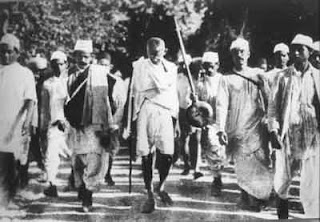 Mark 10:35-45
James and John, the sons of Zebedee, came forward to Jesus and said to him, "Teacher, we want you to do for us whatever we ask of you." And he said to them, "What is it you want me to do for you?" And they said to him, "Grant us to sit, one at your right hand and one at your left, in your glory." But Jesus said to them, "You do not know what you are asking. Are you able to drink the cup that I drink, or be baptized with the baptism that I am baptized with?" They replied, "We are able." Then Jesus said to them, "The cup that I drink you will drink; and with the baptism with which I am baptized, you will be baptized; but to sit at my right hand or at my left is not mine to grant, but it is for those for whom it has been prepared."
When the ten heard this, they began to be angry with James and John. So Jesus called them and said to them, "You know that among the Gentiles those whom they recognize as their rulers lord it over them, and their great ones are tyrants over them. But it is not so among you; but whoever wishes to become great among you must be your servant, and whoever wishes to be first among you must be slave of all. For the Son of Man came not to be served but to serve, and to give his life a ransom for many."

Reflection       During this season of lobbying and campaigning, the presidential 'race' to win the November election, it is easy to imagine life two thousand years ago, not much different from today, as James and John strive for power and prestige by attempting to ally  themselves with the man they experience in charge. No doubt they saw Jesus as the proverbial ‘man of the hour,’ and conspired to leap to the top of the pack of twelve disciples and sit in places of honor, right next to Jesus. Jesus sees right through their ploy. James and John are interested in securing their advantage. Though they call Jesus “teacher” they are not getting Jesus’ message of the upside down kingdom of God. They are reacting in the same old status quo way, the race to the top.
So Jesus reminds them, “Whoever wishes to be first among you must be slave of all.” This is not conventional wisdom, it is not the way the world proceeds then or now. Jesus’ wisdom breeches the status quo. Poor James and John are still striving for power over others, they desire to become great. Their tactics are not lost on the other ten disciples. Their peers are angry because they too see the situation through the common lens of personal gain. Can’t you just hear them muttering, “Who do James and John think they are trying to get ahead of us?”
Essentially Jesus says, drink the cup and pick up the cross of suffering. Life as a real human being is not a race to the top where you get to exert your power over others. Life as a real human being is about serving others, giving your life for the benefit of others. And yes, that means you will be swimming against the tide. People will misunderstand you, even persecute you. That’s what the cup and the cross are about.
It reminds me of a fifth grade civics lesson. Our teacher told us about servant leadership, about people who set aside their desire for money and power in order to run for public office. (As I recall my young friends and I were shocked to learn that the president of the United States didn’t earn anywhere near the money they would in the private sector). Our teacher put teachers and mayors, senators and presidents in the category of servant leaders. She told us that rather than using their positions for personal gain servant leaders make decisions to build community. They lead for the greatest common good, for the stewardship of resources to benefit all.  She told us that personal sacrifice is what sets true leaders apart. “Whoever wishes to be great among you must be your servant.”
Hoping to identify the characteristics that distinguish servant leaders I went to wikipedia. http://en.wikipedia.org/wiki/Servant_leadership Their list begins with listening, then follows healing, awareness, persuasion, conceptualization, foresight, stewardship, commitment to the growth of others and building community. Perhaps these are the qualities we ought to consider when choosing our next servant leader to serve the people of these United States.
**The image above is of Ghandi leading the Salt March to the sea in 1930.
Posted by Debra Asis at 8:56 PM No comments: