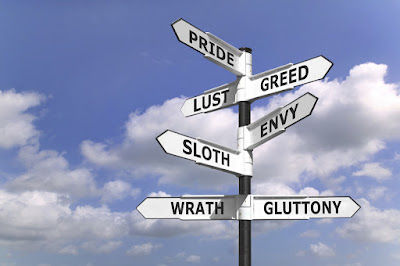 Mark 8.27-38    Jesus went on with his disciples to the villages of Caesarea Philippi; and on the way he asked his disciples, “Who do people say that I am?” And they answered him, “John the Baptist; and others, Elijah; and still others, one of the prophets.” He asked them, “But who do you say that I am?” Peter answered him, “You are the Messiah.” And he sternly ordered them not to tell anyone about him.

Then he began to teach them that the Son of Man must undergo great suffering, and be rejected by the elders, the chief priests, and the scribes, and be killed, and after three days rise again. He said all this quite openly. And Peter took him aside and began to rebuke him. But turning and looking at his disciples, he rebuked Peter and said, “Get behind me, Satan! For you are setting your mind not on divine things but on human things.”

He called the crowd with his disciples, and said to them, “If any want to become my followers, let them deny themselves and take up their cross and follow me. For those who want to save their life will lose it, and those who lose their life for my sake, and for the sake of the gospel, will save it. For what will it profit them to gain the whole world and forfeit their life? Indeed, what can they give in return for their life? Those who are ashamed of me and of my words in this adulterous and sinful generation, of them the Son of Man will also be ashamed when he comes in the glory of his Father with the holy angels.”

Reflection        Peter identifies Jesus as Messiah. Jesus shusses him and proceeds to call himself  “Son of Man.” Here’s the thing. The Jews have been waiting for a Messiah to come and rescue them from their suffering. In the Hebrew Testament ‘Messiah’ refers to kings, prophets or priests who are anointed with oil and set apart or consecrated for special missions or callings as chosen for them by God.
When Peter identifies Jesus as ‘the Messiah’ he is only partially correct. As we saw at his baptism, Jesus is anointed and consecrated, he is favored by God. But, Jesus is more than that. He has not come to overthrow the Romans, rescue the Jews and establish a new political kingdom on earth. Jesus ministry is intended to reveal life on this earth lived in solidarity with God and with all people.

The Jews hoped for a Messiah who would conquer their Roman oppressors so that they would be the ones in charge. But Jesus calls himself the ‘Son of Man.’ He embodies a new understanding of the relationship between God and humankind.

Jesus proceeds to teach that the Son of Man is not going to conquer the Romans nor be welcomed with open arms. Rather, he will suffer and be rejected by the religious officials. In fact, he will be killed, but, he will not be overcome, which is what, “in three days he will rise again” alludes to. Clearly this does not comport with the generally understood meaning of Messiah. Messiah is supposed to be hero, planting his victory banner on the mountaintop. Messiah is not supposed to suffer and be killed. Peter does not want to hear this, so much so that he basically says to Jesus, “Can we have a word?” Then takes him aside and rebukes his teacher. Jesus returns the favor telling Peter, “Get behind me.”

Jesus embodies a new consciousness along with an invitation to a new earthly kingdom, an upside down kingdom wherein those who want to follow Jesus must lose life as they know it order to be restored to new life in right relationship with God and all people. Participating in this new kingdom means setting our minds on divine things - love, joy, peace, patience, kindness, gentleness, faithfulness and self-control rather than on human things - pride, greed, lust, envy, gluttony, anger and laziness.

The question is, which kingdom are we making now?

Rabbi Jonathan Sacks has done a multi part series on Morality in the 21st Century. To hear the first program, please click on the image in the upper right corner of your screen.