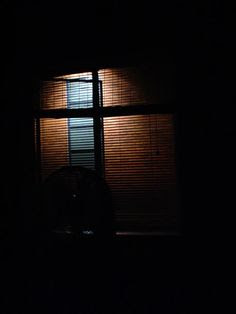 Genesis 45:3-11, 15     Joseph said to his brothers, "I am Joseph. Is my father still alive?" But his brothers could not answer him, so dismayed were they at his presence.
Then Joseph said to his brothers, "Come closer to me." And they came closer. He said, "I am your brother, Joseph, whom you sold into Egypt. And now do not be distressed, or angry with yourselves, because you sold me here; for God sent me before you to preserve life. For the famine has been in the land these two years; and there are five more years in which there will be neither plowing nor harvest. God sent me before you to preserve for you a remnant on earth, and to keep alive for you many survivors. So it was not you who sent me here, but God; he has made me a father to Pharaoh, and lord of all his house and ruler over all the land of Egypt. Hurry and go up to my father and say to him, 'Thus says your son Joseph, God has made me lord of all Egypt; come down to me, do not delay. You shall settle in the land of Goshen, and you shall be near me, you and your children and your children's children, as well as your flocks, your herds, and all that you have. I will provide for you there--since there are five more years of famine to come--so that you and your household, and all that you have, will not come to poverty.’"

Reflection        In the heart of darkness there is a spark of light. In the brilliant blossom of midday hides a hint of gloom. The way St. Ignatius of Loyola puts this is,“In the midst of desolation, when you are riddled with anxiety and things seem as bad as they can get, remember, the seed of consolation is hidden. Likewise, in the midst of consolation, when life is humming nicely along , thriving on peace and abundance, remember the seed of desolation lies within.” In other words, our experience of life fluctuates. We can no more hold onto the good times than we would cling to the not so good ones.

The theatrical tale of Joseph and his nine half-brothers is a roller-coaster ride from fortune to misfortune, consolation to desolation. As the favored son of their father Joseph (fortune), he is despised by his half brothers who plot to kill him (misfortune), but decide instead to sell him into slavery. Proving himself to be a valuable asset to Pharaoh’s captain of the guard, Pontifer brings Joseph into his home to oversee his household (fortune). It is not long before Pontifer’s wife tries to seduce Joseph. But when he refuses her advances, she accuses him of trying to seduce her which lands Joseph in prison (misfortune).  While in prison Joseph befriends  a couple of the Pharaoh’s servants and correctly interprets their dreams.  (Here again, a glimmer of light in the midst of darkness.)

Two years in the desolation of prison pass before word gets to Pharaoh that the prisoner  Joseph can interpret dreams and he is summoned to do so for the Pharaoh. Hearing the Pharaoh’s dreams Joseph predicts seven years of abundance followed by seven years of famine and advises Pharaoh to stockpile grain during the years of abundance, which the Pharaoh then puts Joseph in charge of overseeing (fortune).  When the famine devastates, people from all over come to Joseph to buy the only grain available and escape starvation. (Consolation in the midst of desolation.)

Meanwhile, the famine is decimating Joseph’s father Jacob and his family so the half-brothers travel to the Pharaoh to buy grain. Although they fail to recognize Joseph, he recognizes them. After a series of clever exchanges, Joseph manages to cajole his half-brothers to return home and bring his only blood brother Benjamin to him. Skipping through time and many juicy details we arrive at this week’s Hebrew Testament text.

The half-brothers have returned with Benjamin whereupon Joseph reveals the light in the midst of darkness, consolation in the midst of desolation. "Come closer to me." And they come closer. He says, "I am your brother, Joseph, whom you sold into Egypt. And now do not be distressed, or angry with yourselves, because you sold me here; for God sent me before you to preserve life.” Joseph sees beyond the immediacy of the rise and fall of his fortune to a thirty thousand feet above the ground perspective. “God sent me before you to preserve life.”

Embedded in the details of our own personal, social or political ups and downs more often than not we forget that although we are distinct individuals we are also always participating in an interconnected, interdependent something more than we can wrap our minds around. And so we take heart and put our faith in St. Ignatius’ teaching, “In the midst of consolation is the seed of desolation, in the midst of desolation is the seed of consolation” and refuse to be imprisoned by the vagaries of life’s ups and downs.

Posted by Debra Asis at 8:02 AM No comments: