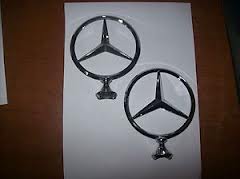 Mark 12:38-44       Teaching in the temple, Jesus said, "Beware of the scribes, who like to walk around in long robes, and to be greeted with respect in the marketplaces, and to have the best seats in the synagogues and places of honor at banquets! They devour widows' houses and for the sake of appearance say long prayers. They will receive the greater condemnation."
He sat down opposite the treasury, and watched the crowd putting money into the treasury. Many rich people put in large sums. A poor widow came and put in two small copper coins, which are worth a penny. Then he called his disciples and said to them, "Truly I tell you, this poor widow has put in more than all those who are contributing to the treasury. For all of them have contributed out of their abundance; but she out of her poverty has put in everything she had, all she had to live on."
Reflection
Wow! Jesus is bold. While standing in the temple and teaching he publicly insults the scribes, the very people whose job is to record and sustain temple tradition. He accuses them of being hypocrites, taking money from the most vulnerable (widows) who are required to pay for prayers and using that money to elevate their position of honor. It makes me think of a true story Bishop Kirk Smith told last Sunday during his stewardship sermon. I shall paraphrase.

When parishioners were invited to respond to God’s generosity in their offerings of financial pledges one man told the priest that his economic situation was difficult, that he did not have enough, and he would not be able to make a pledge that year. A week or so later the man bought a  pair of “his and her" mercedes for his wife and himself. The thing is, as I thought about the story it occurred to me that the person in Bishop Smith’s story who was the most vulnerable, the most spiritually impoverished was the man with two mercedes.