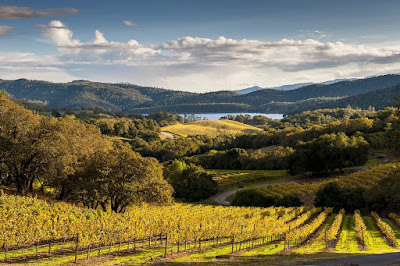 Matthew 21:33-46        Jesus said, “Listen to another parable. There was a landowner who planted a vineyard, put a fence around it, dug a wine press in it, and built a watchtower. Then he leased it to tenants and went to another country. When the harvest time had come, he sent his slaves to the tenants to collect his produce. But the tenants seized his slaves and beat one, killed another, and stoned another. Again he sent other slaves, more than the first; and they treated them in the same way. Finally he sent his son to them, saying, ‘They will respect my son.’ But when the tenants saw the son, they said to themselves, ‘This is the heir; come, let us kill him and get his inheritance.” So they seized him, threw him out of the vineyard, and killed him. Now when the owner of the vineyard comes, what will he do to those tenants?” They said to him, “He will put those wretches to a miserable death, and lease the vineyard to other tenants who will give him the produce at the harvest time.”

Jesus said to them, “Have you never read in the scriptures:
‘The stone that the builders rejected
has become the cornerstone;
this was the Lord’s doing,
and it is amazing in our eyes’?
Therefore I tell you, the kingdom of God will be taken away from you and given to a people that produces the fruits of the kingdom. The one who falls on this stone will be broken to pieces; and it will crush anyone on whom it falls.”
When the chief priests and the Pharisees heard his parables, they realized that he was speaking about them. They wanted to arrest him, but they feared the crowds, because they regarded him as a prophet.

Reflection        The vineyard is a metaphor for the kingdom of God, the kingdom of God on earth. The landowner, think - stand in for God, plants the vineyard, secures it with a fence and watchtower and provides all that is needed to produce wine. All that remains to be done by the tenants is harvest the grapes and make the wine.  But when it is time for the landowner to collect his share of the harvest the tenants are greedy. Clearly they forget their original agreement with the landowner; they will work the vineyard and return a portion of the harvest to the landowner. They forget that if it was not for the original blessing of the landowner there would not even be a vineyard, no opportunity to do good work. It never occurs to them to wonder how it was that they were fortunate enough to be among those who could work at the vineyard. Why were they not left unemployed or disabled and begging on the streets like so many others?

As people of God we are blessed with this kingdom, this beautiful earth, in which to live and work and flourish. In the First Book of Chronicles we meet the Israelites bringing their gold, silver and precious stones to be used to build the temple. Receiving these gifts King David prays to God, “But who am I, and what is my people, that we should be able to make this freewill-offering? For all things come from you, and of your own have we given you. O Lord our God, all this abundance that we have provided for building you a house for your holy name comes from your hand and is all your own.(1 Chron. 29:14, 16) King David

Like the Israelites who did not create their offerings of gold, silver and precious stones, like the tenants who did not plant and prepare the vineyard to make wine, we did not create our lives nor our opportunities to live and work and thrive.  All that we are and all that we have is pure gift and the appropriate response is gratitude and generosity perfectly expressed by King David, “All things come of you, O God, and of your own have we given you.”

Posted by Debra Asis at 9:19 AM No comments: