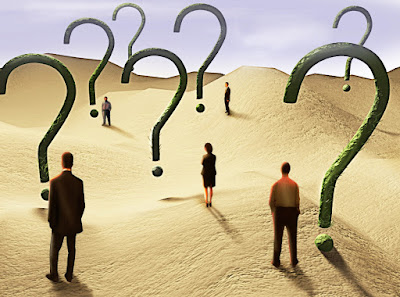 Mark 9:30-37        Jesus and his disciples passed through Galilee. He did not want anyone to know it; for he was teaching his disciples, saying to them, “The Son of Man is to be betrayed into human hands, and they will kill him, and three days after being killed, he will rise again.” But they did not understand what he was saying and were afraid to ask him.

Then they came to Capernaum; and when he was in the house he asked them, “What were you arguing about on the way?” But they were silent, for on the way they had argued with one another who was the greatest. He sat down, called the twelve, and said to them, “Whoever wants to be first must be last of all and servant of all.” Then he took a little child and put it among them; and taking it in his arms, he said to them, “Whoever welcomes one such child in my name welcomes me, and whoever welcomes me welcomes not me but the one who sent me.”

Reflection       Last Tuesday evening I attended the Yom Kippur service with Rabbi Helen Cohn’s congregation. Yom Kippur, the highest and holiest day of the year, marks the end of the Jewish people’s ten days of penitence in preparation for their New Year. During her rabbinic reflection Rabbi Helen spoke about “sacred uncertainty,”  explicating an attitude of humility we are meant to bring to our relationships with God and one another. She counseled, “Do not to look at other people as incompetent versions of yourselves.” Hidden in the rabbi’s wisdom I heard Paul’s instruction to the Philippians,  “Let the same mind be in you that was in Christ Jesus…” (Phil 2.5)

What if we took this counsel to heart and began to frame our questions from a humble  non-dualistic perspective? What if rather than regarding ourselves as equal with God, judging people and putting them in pigeonholes, good, bad, right, wrong, what if we adopted an attitude of “sacred uncertainty?”   What if we began to think with the Mind of Christ, as servants of humanity looking for connections rather than distinctions?

Several months ago I encountered a person in a leadership role whom I was not able to  assign to a particular gender identity. At first I found this disconcerting. As I struggled to put this person in one box or another it occurred to me that I was asking the wrong question. The question is not, “Was this person born a biological male or female?” Nor is it, “In what gender role am I supposed to identify them?” The question is, “How am I connected with this person? What does this person have to say to me?” Which catapulted me out of the tension between this or that, male or female. When I let go of my dualistic way of looking at this person, I was able to experience them in relationship with me.

“How am I connected with them?” In the deepest desires of our hearts; to be treated with respect,  to have access to decent lives and thereby experience meaning and value. I am connected with this person in our shared humanity and divinity and we both chose to be in this place this day.

Jesus, the Son of Humanity, the Son of God, is praised as King yet arrives in Jerusalem riding on an ass, presides at the Passover banquet then washes his guests feet. Jesus is haled as king of the chosen and executed as a criminal. Jesus is the embodiment of both-and, non-dual consciousness. This is the picture painted for us by Mark’s narrative and it raises some important questions.

What kind of mind set is this gospel inviting us to adopt? What might it look like if individually and as One Body we break out of our pigeon-holing boxes, stop asking questions that demand unproductive dualistic responses?  What if we fervently prayed to embody a both-and life of “sacred uncertainty/“ What if we put on the humble, nonpartisan Mind of Christ?

* Please listen to James Finley’s reflection on Thomas Merton’s teachings about the realization of uncertainty by clicking on image at the upper right of this post.

Posted by Debra Asis at 9:58 AM No comments: