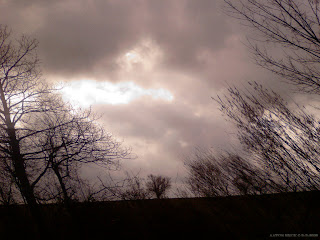 Luke 4:21-30        In the synagogue at Nazareth, Jesus read from the book of the prophet Isaiah, and began to say, "Today this scripture has been fulfilled in your hearing." All spoke well of him and were amazed at the gracious words that came from his mouth. They said, "Is not this Joseph's son?" He said to them, "Doubtless you will quote to me this proverb, 'Doctor, cure yourself!' And you will say, 'Do here also in your hometown the things that we have heard you did at Capernaum.'" And he said, "Truly I tell you, no prophet is accepted in the prophet's hometown. But the truth is, there were many widows in Israel in the time of Elijah, when the heaven was shut up three years and six months, and there was a severe famine over all the land; yet Elijah was sent to none of them except to a widow at Zarephath in Sidon. There were also many lepers in Israel in the time of the prophet Elisha, and none of them was cleansed except Naaman the Syrian." When they heard this, all in the synagogue were filled with rage. They got up, drove him out of the town, and led him to the brow of the hill on which their town was built, so that they might hurl him off the cliff. But he passed through the midst of them and went on his way.
Reflection        Fickle. That’s the word that leaps to mind as I read Luke’s text. One minute the Nazarene people wax on about Jesus’ gracious words then the wind changes and so do their minds and behavior. As long as the people from his hometown imagined that Jesus came to bestow special blessings on them, God’s chosen people, he was top of their hit parade. But when Jesus reminded them of how God uses God’s people for the benefit of outsiders, the Gentiles, not only did his hometown “friends” run him out of town, they set their sights on killing him. An excellent example of the arbitrary and capricious nature of the human mind and behavior.

Stable. That’s the word that comes to mind when I read the last sentence of Luke’s text. “But he (Jesus) passed through the midst of them and went on his way.” Unmoved by the changing tide of human sentiment and behavior, Jesus maintained his calm. He sustained his presence, and “went on his way.” Jesus did not react to the Nazarenes. He remained constant in his faith and reliable in his mission.

Fickle or stable. Driven by the ever changing tides of circumstance and impulsive behavior or constant in self awareness and reliable behavior. I don’t know about you but I face the choice between fickle and stable on a regular basis. Will I put my faith in the One who sent me and be reliable in my given mission to love the Gentiles in my world? Or will I react to the whims and rumors and prodding of the mercurial voice of the people and lose my way? I believe this is the quandry Luke’s text leaves with us. Fickle or stable. What shall we be?
Posted by Debra Asis at 1:35 PM No comments: