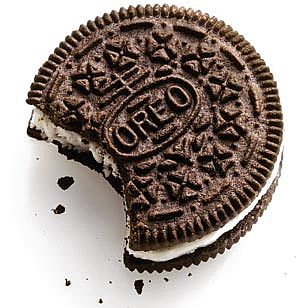 
When Jesus had crossed again in the boat to the other side, a great crowd gathered around him; and he was by the sea. Then one of the leaders of the synagogue named Jairus came and, when he saw him, fell at his feet and begged him repeatedly, "My little daughter is at the point of death. Come and lay your hands on her, so that she may be made well, and live." He went with him.


And a large crowd followed him and pressed in on him. Now there was a woman who had been suffering from hemorrhages for twelve years. She had endured much under many physicians, and had spent all that she had; and she was no better, but rather grew worse. She had heard about Jesus, and came up behind him in the crowd and touched his cloak, for she said, "If I but touch his clothes, I will be made well." Immediately her hemorrhage stopped; and she felt in her body that she was healed of her disease. Immediately aware that power had gone forth from him, Jesus turned about in the crowd and said, "Who touched my clothes?" And his disciples said to him, "You see the crowd pressing in on you; how can you say, `Who touched me?'" He looked all around to see who had done it. But the woman, knowing what had happened to her, came in fear and trembling, fell down before him, and told him the whole truth. He said to her, "Daughter, your faith has made you well; go in peace, and be healed of your disease."


While he was still speaking, some people came from the leader's house to say, "Your daughter is dead. Why trouble the teacher any further?" But overhearing what they said, Jesus said to the leader of the synagogue, "Do not fear, only believe." He allowed no one to follow him except Peter, James, and John, the brother of James. When they came to the house of the leader of the synagogue, he saw a commotion, people weeping and wailing loudly. When he had entered, he said to them, "Why do you make a commotion and weep? The child is not dead but sleeping." And they laughed at him. Then he put them all outside, and took the child's father and mother and those who were with him, and went in where the child was. He took her by the hand and said to her, "Talitha cum," which means, "Little girl, get up!" And immediately the girl got up and began to walk about (she was twelve years of age). At this they were overcome with amazement. He strictly ordered them that no one should know this, and told them to give her something to eat.


I love the story of the hemorrhaging woman. For me she is a paragon of bold faith expressed in action. Think about it. She had been bleeding for twelve years so physically she must have been extremely weak. Because she was bleeding she was considered unclean and the temple officials believed that anyone whom she touched would be defiled. Nonetheless, when the bleeding woman heard that Jesus had returned by boat she pulled herself together, joined the excited crowd that gathered around him, and in a gesture forbidden by all propriety, she touched Jesus’ garment. What a woman.  Her story is like the sweet white icing of a chocolate cookie sandwiched between the darker crusts of the two-step story about a Jewish religious official begging Jesus to save his young daughter’s life.


All I can say is, I wonder what Jairus (and the other religious officials who later heard the story) thought when the defiled Jesus touched Jairus’ daughter with his unclean hand? I wonder if that made the little girls’ resurrection invalid? Actually I believe it is no mistake these two stories appear knitted together. Jesus keeps sailing between opposites, between cookies and cream, Jewish and Gentile territories, between the ritually pure and the unclean, between rules and the breaking of rules. Jesus refuses to be hemmed in by dialectical categories. For Jesus life cannot be sorted into neat categories of black and white, good and ill, clean and unclean, not even dead and alive. For Jesus you just cannot seperate the chocolate cookies from the vanilla cream.


Jesus said to the unclean woman, “Your faith has made you well…” Just moments later he said to the Jairus, “Do not fear, only believe.” Here again Jesus defied conventional categories. The woman was the exemplar of faith in action,  but the religious official was afraid.


Would that we should all beware of the categories and groups into which we place ourselves and others and remember that even those incomprehensible categories of life and death dissolve in the hands of bold faith expressed in action. So let us boldly go forward and bite into the whole cookie!
Posted by Debra Asis at 8:46 AM No comments: