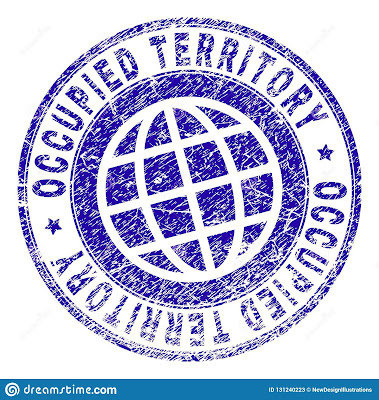 Luke 8:26-39        Jesus and his disciples arrived at the country of the Gerasenes, which is opposite Galilee. As he stepped out on land, a man of the city who had demons met him. For a long time he had worn no clothes, and he did not live in a house but in the tombs. When he saw Jesus, he fell down before him and shouted at the top of his voice, "What have you to do with me, Jesus, Son of the Most High God? I beg you, do not torment me" -- for Jesus had commanded the unclean spirit to come out of the man. (For many times it had seized him; he was kept under guard and bound with chains and shackles, but he would break the bonds and be driven by the demon into the wilds.) Jesus then asked him, "What is your name?" He said, "Legion"; for many demons had entered him. They begged him not to order them to go back into the abyss.

Now there on the hillside a large herd of swine was feeding; and the demons begged Jesus to let them enter these. So he gave them permission. Then the demons came out of the man and entered the swine, and the herd rushed down the steep bank into the lake and was drowned.
When the swineherds saw what had happened, they ran off and told it in the city and in the country. Then people came out to see what had happened, and when they came to Jesus, they found the man from whom the demons had gone sitting at the feet of Jesus, clothed and in his right mind. And they were afraid. Those who had seen it told them how the one who had been possessed by demons had been healed. Then all the people of the surrounding country of the Gerasenes asked Jesus to leave them; for they were seized with great fear. So he got into the boat and returned. The man from whom the demons had gone begged that he might be with him; but Jesus sent him away, saying, "Return to your home, and declare how much God has done for you." So he went away, proclaiming throughout the city how much Jesus had done for him.

Reflection        Who do you consider possessed by demons? Who, for you, looks and thinks, speaks and behaves in ways that confront the way you look and think, speak and behave? Whom do you find as unnerving or disturbing as the unclean Gerasene?  What do you think about the fact that Jesus goes out of his way, “crossing over to the other side,” just to let us know that no one, not even an out of control, irrationally raging man is out of reach of Jesus’ transforming compassion?

It is actually quite significant that Jesus goes into Gentile (foreign) territory. In so doing he violates all manner of religious prohibitions intended to protect his purity. But Jesus is willing to lose his 'clean' status if it means he has the opportunity to offer freedom and healing to a suffering stranger.

So, Jesus dignifies the possessed Gerasene by asking him his name. And the strangest thing is, the demons that possess the man answer, “Legion.” Legion is a military term. In this context it refers to 5000 Roman soldiers who are occupying the Ancient Middle East where this teaching tale takes place. The demons are the Roman Empire’s occupying forces that oppress the people, undermine their culture, push them into poverty and drive them crazy with the overbearing threat of violence.

Two thousand years ago and today Jesus stands in dramatic counterpoint to the misuse of power and militarism by governments that rule by stoking fear and degrading the value of human beings. Standing on the ground of  peace and compassion Jesus demonstrates how embodying these values elevates, liberates and heals humankind. But when we capitulate to the misuse of power and the execution of violence we are driven crazy, like the possessed Gerasene.

Which begs us to ask ourselves a few questions. How are we possessed by the demons that underwrite war and fail to feed and shelter the homeless, the helpless, the refugee? How are we possessed by demons that put military weapons into the hands of haters? How are we denying our complicity? When will be break the chains that bind us to the military industrial complex and truly follow Jesus? What will it take for us to act decisively for peace and extend compassionate care for all people, even when it means giving up life as we know it?

Is it not interesting that the Legion of occupying political/military authorities of his time experience Jesus as a threat, so much so that they execute him as a criminal? I believe the compassionate, nonviolent, peace offered by Jesus was considered a threat because the militaristic powers that be somehow understood that love is stronger than hate and compassion more powerful than violence. Can you imagine the power to heal and transform our world that would be released if all of us who claim to follow Jesus cast out the Legion of demons and stood firmly on Jesus’ ground extending compassion and peace to all people?

Posted by Debra Asis at 4:13 PM No comments: