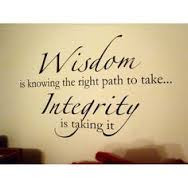 Luke 23:33-43        When they came to the place that is called The Skull, they crucified Jesus there with the criminals, one on his right and one on his left. Then Jesus said, "Father, forgive them; for they do not know what they are doing." And they cast lots to divide his clothing. The people stood by, watching Jesus on the cross; but the leaders scoffed at him, saying, "He saved others; let him save himself if he is the Messiah of God, his chosen one!" The soldiers also mocked him, coming up and offering him sour wine, and saying, "If you are the King of the Jews, save yourself!" There was also an inscription over him, "This is the King of the Jews.”

One of the criminals who were hanged there kept deriding him and saying, "Are you not the Messiah? Save yourself and us!" But the other rebuked him, saying, "Do you not fear God, since you are under the same  sentence of condemnation? And we indeed have been condemned justly, for we are getting what we deserve for our deeds, but this man has done nothing wrong." Then he said, "Jesus, remember me when you come into your kingdom." He replied, "Truly I tell you, today you will be with me in Paradise.”

Reflection        Practicing what we preach can be a rather agonizing experience. When, my six year old daughter Leela planted her tiny hands on her hips, looked me square in the eye and said, “Why do I have to eat healthy food if you smoke those cigarettes,” a steel saber could not more surely have pierced me to my core. And there it was, the test of my integrity. Was I going to practice what I preached about making healthy choices and give up smoking? What was I willing to give up to live in integrity?

Two thousand years earlier Jesus' integrity was also questioned. Throughout his ministry Jesus preached, “But I say to you that listen, love your enemies, do good to those who hate you, bless those who curse you, pray for those who abuse you.” (Luke 6.27-28) And then we meet Jesus at the place called The Skull, nailed to a tree between two criminals. One of the criminals, who no doubt would have planted his hands on his hips to chastise Jesus were they not nailed to a cross, questions Jesus’ integrity. “If you really are who you say you are, get yourself and us out of this mess.”

Jesus does the unthinkable. He does not climb off the cross. He does not implore God to save him. Instead, he forgives the criminals between whom he hangs as well as the perpetrators of his crucifixion saying, “Father, forgive them…” At the end of the day, when push comes to shove, Jesus practices what he preaches. He forgives the people who hate, curse and abuse him. In fact, he gives up his life rather than giving up his integrity.

Posted by Debra Asis at 3:07 PM No comments: