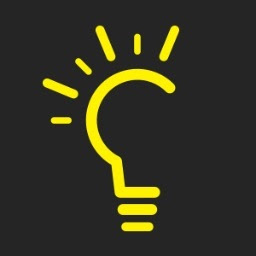 Matthew 2:1-12        In the time of King Herod, after Jesus was born in Bethlehem of Judea, wise men from the East came to Jerusalem, asking, "Where is the child who has been born king of the Jews? For we observed his star at its rising, and have come to pay him homage." When King Herod heard this, he was frightened, and all Jerusalem with him; and calling together all the chief priests and scribes of the people, he inquired of them where the Messiah was to be born. They told him, "In Bethlehem of Judea; for so it has been written by the prophet:
`And you, Bethlehem, in the land of Judah,
are by no means least among the rulers of Judah;
for from you shall come a ruler
who is to shepherd my people Israel.’"

Then Herod secretly called for the wise men and learned from them the exact time when the star had appeared. Then he sent them to Bethlehem, saying, "Go and search diligently for the child; and when you have found him, bring me word so that I may also go and pay him homage." When they had heard the king, they set out; and there, ahead of them, went the star that they had seen at its rising, until it stopped over the place where the child was. When they saw that the star had stopped, they were overwhelmed with joy. On entering the house, they saw the child with Mary his mother; and they knelt down and paid him homage. Then, opening their treasure chests, they offered him gifts of gold, frankincense, and myrrh. And having been warned in a dream not to return to Herod, they left for their own country by another road.

Reflection      Is it not interesting that King Herod the Great, renowned for his colossal building projects, for expanding the Second Temple in Jerusalem, developing  a commercial seaport in Caesarea, establishing two mighty fortresses and a wealthy aristocracy, is it not interesting that when he hears that strangers, foreigners from the East are looking for a “child who has been born king of the Jews,” he and his chief priests and the Jewish people of Jerusalem are frightened? These are the people who have long awaited the coming of their messiah. Why are they not, like the Gentile wise men, “overwhelmed with joy” and led to worship and pay homage to this Jewish child? Why are they afraid?

Perhaps it is because in their heart of hearts they know the ground on which they stand is shaky. In the depths of their hearts they know the truth, that the messiah, Jesus, is a threat to the privilege and position they enjoy as a result of their misuse of power. Knowing, either consciously or unconsciously, that their power is rooted in self interest and delivered with brutality, Herod and friends can see the handwriting on the wall. Jesus, the messiah, is a challenge to their privilege and position thus they are afraid.

When my father groaned, “Young lady…” I knew I was in trouble and quaked in fear. I have no recollection of how I transgressed this particular time, but his apprisal rings in me clear as a bell. “As long as you do what you know is right and tell the truth, you will have no reason to be afraid.” Though I frequently did not agree with my father, this bit of counsel has informed my life and leads me to speculate that Herod and his cronies must not be doing what they know in their heart of hearts is right. They must not be telling the truth, not even to themselves, or they would not be afraid.

In his Christmas Eve meditation Richard Rohr wrote,“Both love and power are the necessary building blocks of God’s peaceful kingdom on earth. Love utterly redefines the nature of power. Power without love is mere brutality (even in the church), and love without power is only … sentimentality… The Gospel in its fullness holds power and love together, creating new hope and healing for the world.”*

The Feast of the Epiphany celebrates the revelation of God incarnate in humankind, exemplified by Jesus throughout his ministry. In contrast to Herod, Jesus is led by the Spirit of Truth in his heart. He favors the least, the lost and the lonely, raises up the humble, empowers the meek, includes the marginalized, frees the oppressed and welcomes foreigners. Jesus holds “power and love together creating new hope and healing for the world.”

We are capable of doing likewise because the Spirit of Truth lives within us and when, like the wise men we allow ourselves to be led by the Spirit of Truth, we will exercise power with love and there is every chance we too will be “overwhelmed with joy.”  We will not be afraid.