hOlybytes: Gospel for Feast of the Transfiguration 5 August ...

hOlybytes: Gospel for Feast of the Transfiguration 5 August ...: Luke 9:28-36 About eight days after Jesus had foretold his death and resurrection, Jesus took with him Peter and John and James, and we...
Posted by Debra Asis at 4:29 PM No comments:

Gospel for Feast of the Transfiguration 5 August 2012 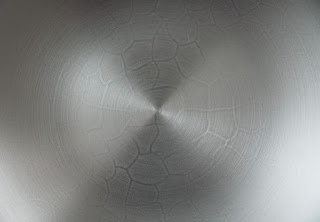 Luke 9:28-36
About eight days after Jesus had foretold his death and resurrection, Jesus took with him Peter and John and James, and went up on the mountain to pray. And while he was praying, the appearance of his face changed, and his clothes became dazzling white. Suddenly they saw two men, Moses and Elijah, talking to him. They appeared in glory and were speaking of his departure, which he was about to accomplish at Jerusalem. Now Peter and his companions were weighed down with sleep; but since they had stayed awake, they saw his glory and the two men who stood with him. Just as they were leaving him, Peter said to Jesus, "Master, it is good for us to be here; let us make three dwellings, one for you, one for Moses, and one for Elijah"--not knowing what he said. While he was saying this, a cloud came and overshadowed them; and they were terrified as they entered the cloud. Then from the cloud came a voice that said, "This is my Son, my Chosen; listen to him!" When the voice had spoken, Jesus was found alone. And they kept silent and in those days told no one any of the things they had seen.

I believe this is where all of us are going. We are all going to be transfigured. We are all moving toward the full and intimate knowledge of God that will transform us all the way in and all the way out. We will be changed and it will be noticeable – like dazzling white clothes. And if you happen to be wondering, “How?” A lawyer who was testing Jesus actually hasd the answer, “You shall love the Lord your God will all your heart, with all your soul, with all your strength and with all your mind”….And Jesus said to him, “You have given the right answer, do this and you will live.””(Luke 10.27-28)
Posted by Debra Asis at 4:25 PM No comments: