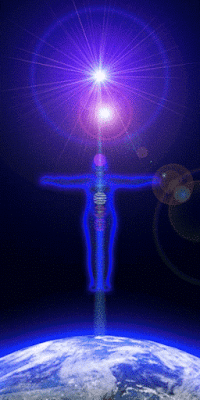 Matthew 27:11-54        Jesus stood before the governor; and the governor asked him, “Are you the King of the Jews?” Jesus said, “You say so.” But when he was accused by the chief priests and elders, he did not answer. Then Pilate said to him, “Do you not hear how many accusations they make against you?” But he gave him no answer, not even to a single charge, so that the governor was greatly amazed.

Now at the festival the governor was accustomed to release a prisoner for the crowd, anyone whom they wanted. At that time they had a notorious prisoner, called Jesus Barabbas. So after they had gathered, Pilate said to them, “Whom do you want me to release for you, Jesus Barabbas or Jesus who is called the Messiah?” For he realized that it was out of jealousy that they had handed him over. While he was sitting on the judgment seat, his wife sent word to him, “Have nothing to do with that innocent man, for today I have suffered a great deal because of a dream about him.” Now the chief priests and the elders persuaded the crowds to ask for Barabbas and to have Jesus killed. The governor again said to them, “Which of the two do you want me to release for you?” And they said, “Barabbas.” Pilate said to them, “Then what should I do with Jesus who is called the Messiah?” All of them said, “Let him be crucified!” Then he asked, “Why, what evil has he done?” But they shouted all the more, “Let him be crucified!”

So when Pilate saw that he could do nothing, but rather that a riot was beginning, he took some water and washed his hands before the crowd, saying, “I am innocent of this man’s blood; see to it yourselves.” Then the people as a whole answered, “His blood be on us and on our children!” So he released Barabbas for them; and after flogging Jesus, he handed him over to be crucified.
Then the soldiers of the governor took Jesus into the governor’s headquarters, and they gathered the whole cohort around him. They stripped him and put a scarlet robe on him, and after twisting some thorns into a crown, they put it on his head. They put a reed in his right hand and knelt before him and mocked him, saying, “Hail, King of the Jews!” They spat on him, and took the reed and struck him on the head. After mocking him, they stripped him of the robe and put his own clothes on him. Then they led him away to crucify him.

As they went out, they came upon a man from Cyrene named Simon; they compelled this man to carry his cross. And when they came to a place called Golgotha (which means Place of a Skull), they offered him wine to drink, mixed with gall; but when he tasted it, he would not drink it. And when they had crucified him, they divided his clothes among themselves by casting lots; then they sat down there and kept watch over him. Over his head they put the charge against him, which read, “This is Jesus, the King of the Jews.” Then two bandits were crucified with him, one on his right and one on his left. Those who passed by derided him, shaking their heads and saying, “You who would destroy the temple and build it in three days, save yourself! If you are the Son of God, come down from the cross.” In the same way the chief priests also, along with the scribes and elders, were mocking him, saying, “He saved others; he cannot save himself. He is the King of Israel; let him come down from the cross now, and we will believe in him. He trusts in God; let God deliver him now, if he wants to; for he said, ‘I am God’s Son.’” The bandits who were crucified with him also taunted him in the same way.

From noon on, darkness came over the whole land until three in the afternoon. And about three o’clock Jesus cried with a loud voice, “Eli, Eli, lema sabachthani?” that is, “My God, my God, why have you forsaken me?” When some of the bystanders heard it, they said, “This man is calling for Elijah.” At once one of them ran and got a sponge, filled it with sour wine, put it on a stick, and gave it to him to drink. But the others said, “Wait, let us see whether Elijah will come to save him.” Then Jesus cried again with a loud voice and breathed his last. At that moment the curtain of the temple was torn in two, from top to bottom. The earth shook, and the rocks were split. The tombs also were opened, and many bodies of the saints who had fallen asleep were raised. After his resurrection they came out of the tombs and entered the holy city and appeared to many. Now when the centurion and those with him, who were keeping watch over Jesus, saw the earthquake and what took place, they were terrified and said, “Truly this man was God’s Son!”

Reflection        “… let him be crucified…crucify him” It is hard to hear those words. Even more difficult to say or shout them. The other day I was talking with someone who finds the words, “Crucify him,” down right offensive - he does not like that we say them in our passion narratives. They leave a bad taste is his mind and in his mouth. They are not the winsome version of Christianity he prefers. But here is the thing, every time we judge ourselves as too short, too fat, not good enough, too old, not right, not smart, not worthy…  only human… we are essentially shouting, crucify him, crucify him.

That said, when we judge ourselves, mistreat, disregard or abuse ourselves we are essentially crucifying Jesus, the Christ that dwells with us. Likewise, when we dispise, debase, devalue or deny another person, we may just as well be throwing stones and shouting, “Crucify him! Crucify her!”

It may be difficult to wrap our minds around this. It certainly was for the religious officials whom we hear in John’s gospel castigating Jesus, "It is not for a good work that we are going to stone you, but for blasphemy, because you, though only a human being, are making yourself God." Jesus answered, "Is it not written in your law, 'I said, you are gods’?” (Here Jesus, a good and faithful Jew, is quoting the Hebrew scriptures, Psalm 82.6 “You are gods, children of the Most High, all of you.”)   Jesus continues trying to explain to the irate religious officials that this is not blasphemy. This is the true identity of God’s people who from the beginning are made in the image and likeness of God, children of the Most High. “If those to whom the word of God came were called 'gods'-and the scripture cannot be annulled- can you say that the one whom the Father has sanctified and sent into the world is blaspheming because I said, 'I am God's Son'? (John 10.33-36) Remember, this is what actually gets Jesus crucified… claiming his identity with God.

We are gods, children of the Most High, all of us. It is difficult for us to wrap our minds around this message because we see where it got Jesus - crucified! Nonetheless, as Jesus’ sisters and brothers,  we are children of God, we are inherently good, unquestionably valuable and find our identity in God.

It is no wonder we balk at the words, “Let him be crucified.” They strike at the core of our own being because they condemn the Divinity the lives and breathes and finds its being in each of us, “children of the Most High, all of (us).” It is no wonder we deny our Divine True Self. We are afraid of what other people will say and do to us.

If you found this post to be meaningful please share by clicking on the icons below. Thank you.
Posted by Debra Asis at 8:39 AM No comments: