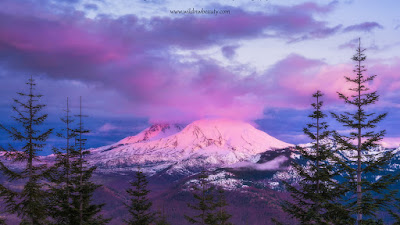 Exodus 34:29-35        Moses came down from Mount Sinai. As he came down from the mountain with the two tablets of the covenant in his hand, Moses did not know that the skin of his face shone because he had been talking with God. When Aaron and all the Israelites saw Moses, the skin of his face was shining, and they were afraid to come near him. But Moses called to them; and Aaron and all the leaders of the congregation returned to him, and Moses spoke with them. Afterward all the Israelites came near, and he gave them in commandment all that the Lord had spoken with him on Mount Sinai.

When Moses had finished speaking with them, he put a veil on his face; but whenever Moses went in before the Lord to speak with him, he would take the veil off, until he came out; and when he came out, and told the Israelites what he had been commanded, the Israelites would see the face of Moses, that the skin of his face was shining; and Moses would put the veil on his face again, until he went in to speak with him.

Luke 9:28-36        Jesus took with him Peter and John and James, and went up on the mountain to pray. And while he was praying, the appearance of his face changed, and his clothes became dazzling white. Suddenly they saw two men, Moses and Elijah, talking to him. They appeared in glory and were speaking of his departure, which he was about to accomplish at Jerusalem. Now Peter and his companions were weighed down with sleep; but since they had stayed awake, they saw his glory and the two men who stood with him. Just as they were leaving him, Peter said to Jesus, “Master, it is good for us to be here; let us make three dwellings, one for you, one for Moses, and one for Elijah” —not knowing what he said. While he was saying this, a cloud came and overshadowed them; and they were terrified as they entered the cloud. Then from the cloud came a voice that said, “This is my Son, my Chosen; listen to him!” When the voice had spoken, Jesus was found alone. And they kept silent and in those days told no one any of the things they had seen.

Reflection        Bursting through pillars of cloud my plane descended to skirt the snowy ridge of the Washington state Cascade Mountains and the crowning vision of their holy hill, the fourteen thousand foot Mt. St. Helen. Tears of awe and wonder wrung my throat and washed my eyes. Surely it was sunset scenes such as this that tuned Michelangelo’s brushes to paint the hand of God reaching across the sky to touch the hand of humanity. Like many folks who have confessed, “I feel closest to God while admiring the vast night sky, wandering in the wilderness, or inhaling the desert after the rain…” last Sunday evening while peering through the postage stamp plane window, I felt aglow in the presence of God. And when my friend met me in the airport the first thing she said to me was, "Your face looks so bright, full of life." Hummm?

Recently another friend sent me an article written by Robert Barron, a widely respected Roman Catholic Bishop who ministers to people who identify themselves as “Nones,” people affiliated with no religious tradition. Barron argues that to speak effectively to this rapidly growing group of people, (according to a Pew Research survey, fully twenty-five percent of the country or eighty million people), we need to speak more fluently about God. Barron writes, “I would suggest the best biblical image for God is the burning bush - on fire, but not consumed - which appeared to Moses. The closer the true God comes to a creature the more radiant and beautiful the creature becomes. It is not destroyed nor is it obligated to give way; rather it becomes the very best version of itself.” (First Things, January 2018, p33)

When Moses came down from his encounter with God on Mt. Sinai the skin of his face was shining such that the people who “saw him were afraid to come near him” so Moses covered his face with a veil. When Jesus took “Peter and John and James, and went up on the mountain to pray,”  while he was praying “the appearance of his face changed, and his clothes became dazzling white.” When people people get close to God they become spiritually illumined, they become the “very best versions of themselves.”

Here is what I believe about transfiguration. A real event happens in the physical world, toward which we turn, pause and pay attention and through which the hand of God reaches to touch and transform us. Should we long for such an experience all that is required is our willingness to pause, pay attention and be surprised by God. The illumination we receive freely.  “The closer the true God comes to a creature the more radiant and beautiful the creature becomes… it becomes the very best version of itself.” I believe this is transfiguration, available to all of us.

Posted by Debra Asis at 8:44 AM No comments: