Gospel text for the 2nd Sunday of Advent 6 December 2015 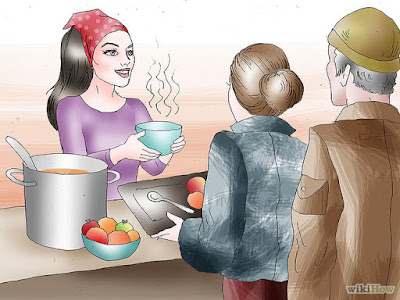 Luke 3:1-6        In the fifteenth year of the reign of Emperor Tiberius, when Pontius Pilate was governor of Judea, and Herod was ruler of Galilee, and his brother Philip ruler of the region of Ituraea and Trachonitis, and Lysanias ruler of Abilene, during the high priesthood of Annas and Caiaphas, the word of God came to John son of Zechariah in the wilderness. He went into all the region around the Jordan, proclaiming a baptism of repentance for the forgiveness of sins, as it is written in the book of the words of the prophet Isaiah,
"The voice of one crying out in the wilderness:
'Prepare the way of the Lord,
make his paths straight.
Every valley shall be filled,
and every mountain and hill shall be made low,
and the crooked shall be made straight,
and the rough ways made smooth;
and all flesh shall see the salvation of God.’"

Reflection       John stood outside of Roman culture as a critic of injustice and exploitation. Though he was a descendant of the priesthood of Aaron, John foreswore his rights to the temple as a comment against corruption. Aligned with his time John expected the Messiah to come in one sweeping apocalyptic event and set the world right, which is why he quotes Isaiah saying, “Every valley shall be filled, and every mountain and hill shall be made low...." in other words, the Messiah will come, it will be the end of ordinary reality and the beginning of happily ever after life in the reign of the all powerful Messiah King. I wonder if it was because of this belief that John had to die? You see, this is where he and Jesus part ways.

Somewhere I read the contemporary Christian Testament scholar John Dominic Crossan’s description of a fundamental difference between John the Baptist and Jesus. According to Crossan both of them are interested in how the world would be transformed into the Kingdom of God. John believed the solution depended on divine intervention which means the role of the people is to wait for a God engineered catastrophic event that will result in instantaneous peace and righteousness provoked from the outside. By contrast, Jesus came to reveal that God depends on faithful people to deal with the misuse of power, position and privilege in the world. Following the way of Jesus the role of people is to take responsibility for restoring peace and righteousness from the inside out.

I believe it is up to us to stand with the boldness of John and speak truth to power calling for dignity for all people so that “all flesh shall see the salvation of God.” And, I believe we must act humbly as the hands and feet and heart of Jesus to end evil in the world by living and acting and voting to insure dignity and care for all people, beginning right where we are. This is the Kingdom of God on earth. No singular catastrophic event will bring it about. But a million, a billion, countless trillion decisions made by each of us every moment of our lives to turn toward God rather than capitulate to position, power and privilege will make a difference in peoples’ lives. The Kingdom of God is here. It is up to us to choose it.

If you found this post to be meaningful, please share by clicking on the icons below. Thank you.
Posted by Debra Asis at 7:45 AM